Kelly and I had a good recording session last Thursday in the studio with Duncan at Substation, Rosyth. Tribute to Venus is very well served for photographers – Kelly’s partner, Scott Louden, is a pro (his website is here) but on Thursday, it was the turn of my wife, Alison, to roam the studio while recording was in progress. 7 tracks down so far; 3 (and with luck one more) tonight! 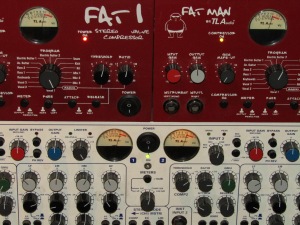 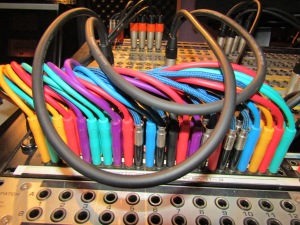 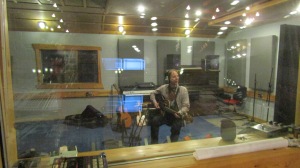 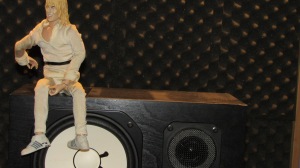 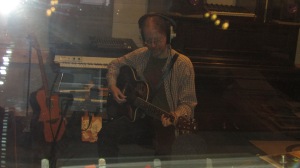 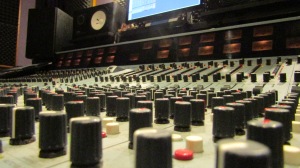 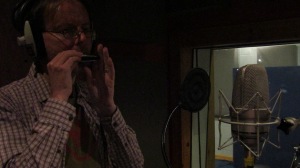 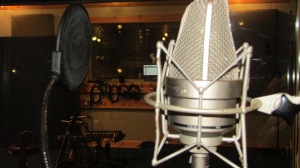 Just a quick one – we’ve now booked the function room at the White Horse (pictured: it’s our fave venue) for our next gig on Saturday, 14th May, so if you can keep that evening clear, that would be great! It’ll be a joint gig with Isaac Brutal, one of whose band members you might recognise… 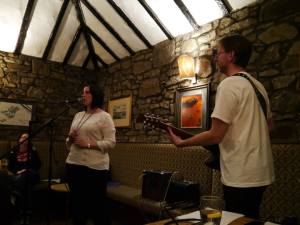 Funny how some stuff comes around again: with Trump’s rhetoric about building a wall between the U.S. and Mexico and making the Mexicans pay for it ringing in our ears, here’s the next instalment of Venus’s autobiography, as she tells of an encounter with a lesser known part of the anti-Vietnam movement: the Chicano Moratorium; and how a later classic image from the War inspired her song, ‘Girl in the Picture.’

To read an up to date Guardian article on how the real life girl in the picture is gradually overcoming the scars of that fateful day, follow this.

The guy looked like a fish out of water. Literally. He was drenched from head to foot. He’d walked up into the Canyons from West Hollywood in the rain.

“You gotta come to this, really,” he said. Water dripped off his Zapata moustache onto the rug. “This is gonna be huge. The biggest anti-Vietnam march in L.A., period. Entiendes?”‘

So, while Kelly and I work on some new songs which have, yet again, mysteriously turned up at her door by unknown means, I’ve been thinking. Venus’s own blog, which she randomly contributes to, has some tantalising glimpses of her life story: but they’re in no particular order. And I thought it might be easier for everyone to read if they were.

So what I’m going to do is, every week publish the start of one of the blog entries on here, with a link to the rest of it. It’ll be a bit like getting her life story in instalments, but not quite as organised (and we may have to back track if she surfaces again and publishes something out of sequence)

Ready? Here’s the earliest chronological entry I can find on the blog. It’s called ‘Waking Up To Dylan:

Bob Dylan at the Manchester Free Trade Hall, it must have been 1966. Julie and I were 16, for goodness’ sake. We’d made it down from Arbroath, don’t know how. I think we told our folks we were staying with Julie’s sister in Edinburgh or something, but instead we blew everything we’d been saving for a year, and got the train to Manchester. It was the first time either of us had been away from home.

First half of the concert was the Sermon on the Mount for us. Just Dylan, his guitar, and a concert hall full of his charisma. I remember him playing ‘Visions of Johanna,’ and it was like nothing we’d ever heard before. The chords looked simple enough, but the lyrics! How on earth could I remember them? In the interval, I tried writing some of them down on the back of my ticket, with a pencil I’d liberated from school. The ticket wasn’t big enough, of course…

Breaking news: delighted to announce Tribute to Venus Carmichael’s next gig will be at the White Horse, Canongate, on Saturday 19th September. More details soon, but in the meantime, keep your diaries clear!

As some of you know, TTVC’s last gig was at the White Horse, and we found it a really good fit in terms of accommodation, acoustics, and (not least) alcohol supplies. Hope to see you there!

We’ve been very lucky with our collaborators and friends in the band. Harky Harknessian, aka Craig Harkness, who recorded this radio play for us, is a multi-talented musician, engineer, producer, sound technician, and all round good guy. How and where he got that original footage of Venus herself being interviewed we’ll never know…

Thanks again to Harky, Andrew Wilson, Kirsti Wishart, Gavin Inglis and May Stocks for their help.

Following our gig at the White Horse on 24th April, the band’s been laying low, mainly due to Kelly’s upcoming exams. However, you may have seen on Facebook and Twitter Andrew was recently snapped at Backtracks Music Shop in Brougham Street, up at Tollcross, with the Mad Hatter – he’s been snapped with all the famous musicians about town, dontcha know…

In the meantime, we’ve extended our offer of a free bonus track for you if you sign up to the mailing list or order our EP for now – the track’s ‘Wedding Dress,’ which we played live at the White Horse for the first time. It’s one of the new songs we’ve been working on from Tape 9, but there are more – one of them, ‘Tank Song,’ also featured in our set, and just needs some tweaking production-wise before it’s ready for release. Expect some activity on Soundcloud soon. 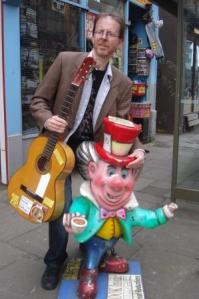